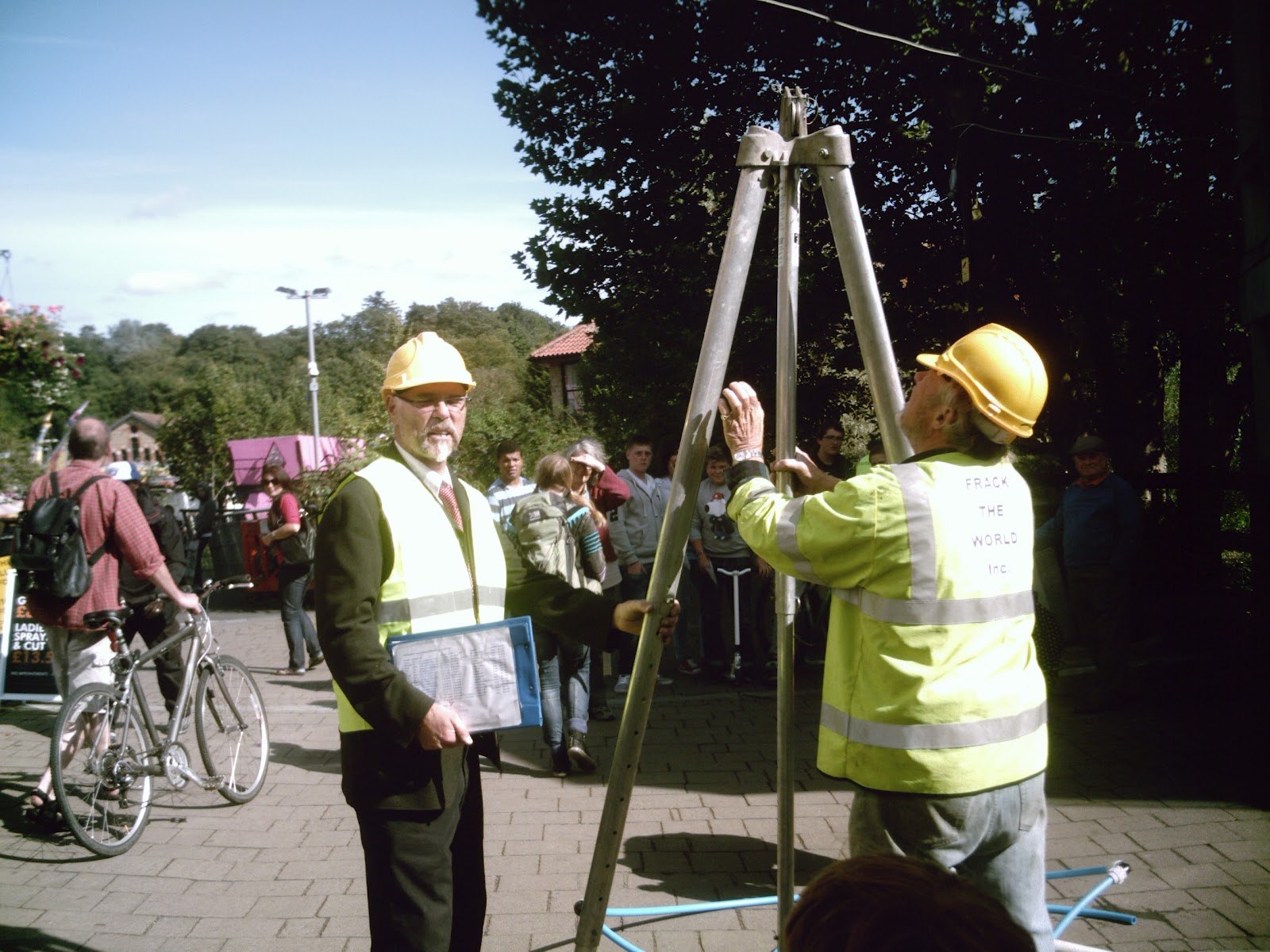 September 22nd was global anti-fracking day and in Frome a group aligned with Frack free Somerset took to the streets to get their message across in an unusual way.

Workmen in high visibility jackets, hard hats and carrying a load of equipment including tripod, pipes, pump, bollards and hazard tape began setting up a mock test site for fracking.  A foreman, with suit and clipboard, gave out instructions to the workmen and information to passers by about the ‘completely safe’ process. Anti-fracking protesters handed out leaflets and entered into heated discussion with the foreman, highlighting the dangers of the process and reasons why fracking should not be authorised to go ahead in Somerset. 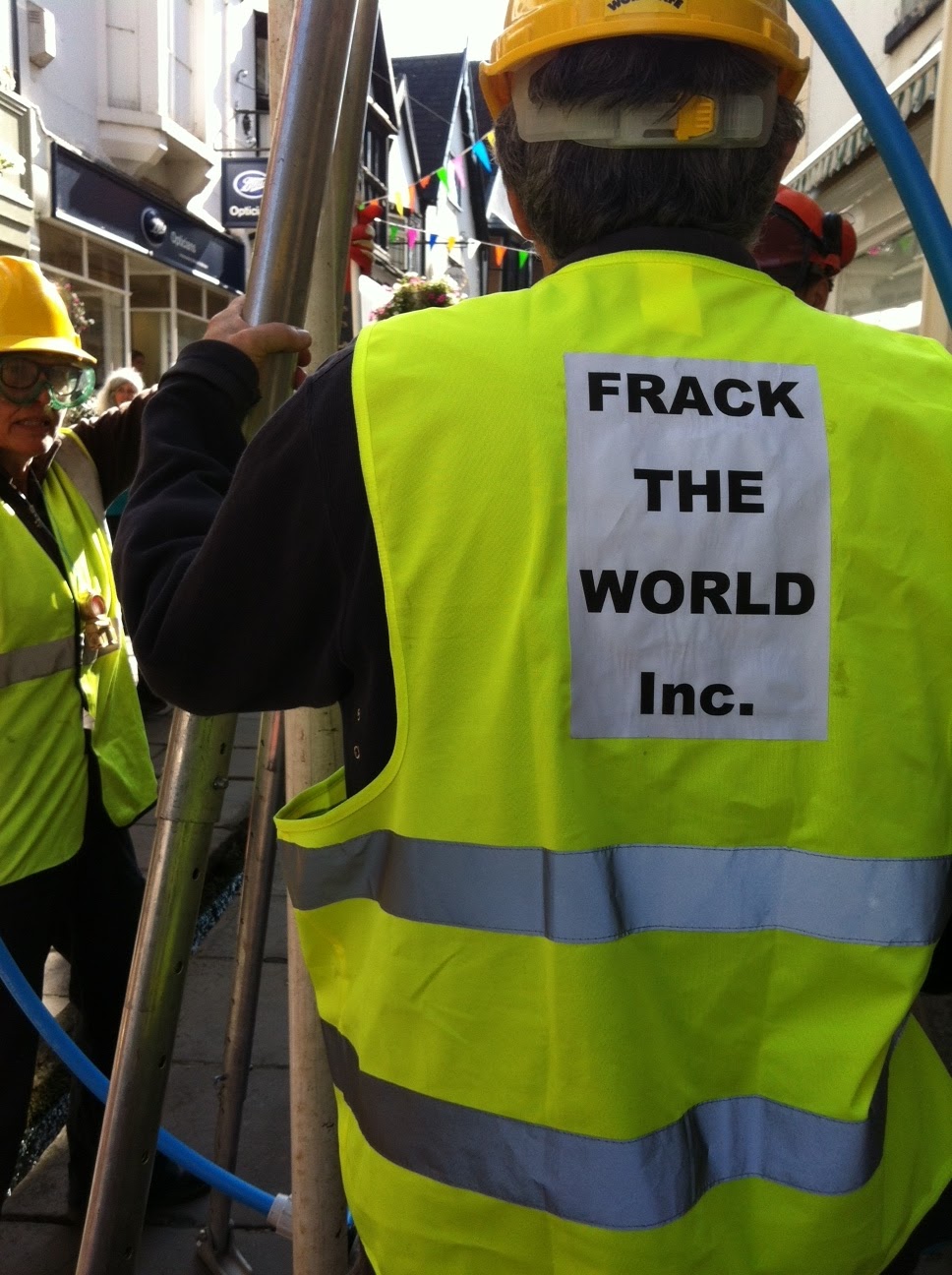 The workmen, from Frack the World inc, having set up their equipment with considerable efficiency, donned further safety gear and began their fracking procedure. Chemicals were poured into the pipes whilst some serious pumping took place to raise the pressure.  At moments there was some spillage of the green toxic mix but this was not seen as problematic, neither was the cup of off coloured water that was drawn from a tap and handed to passers by to see how ‘perfectly safe’ it was.

A number of locations around Frome were tested, the final site being in the shopping precinct where a security guard was actively supported by the protesters in his demands to ‘get out now or else…’ Their final words rang out: ‘We don’t want you here, we don’t want you in Somerset, we don’t want you anywhere.’

Quite surprisingly, a lot of people were convinced, (it must have been the high-viz jackets – regardless of the name of our company) many more were simply intrigued and very keen to take a leaflet to find out what the ‘frack’ was going on.

Frome Anti-Frackers recommend this a successful publicity stunt and are more than willing to advise and/or help any other group wanting to do the same. Get in touch. 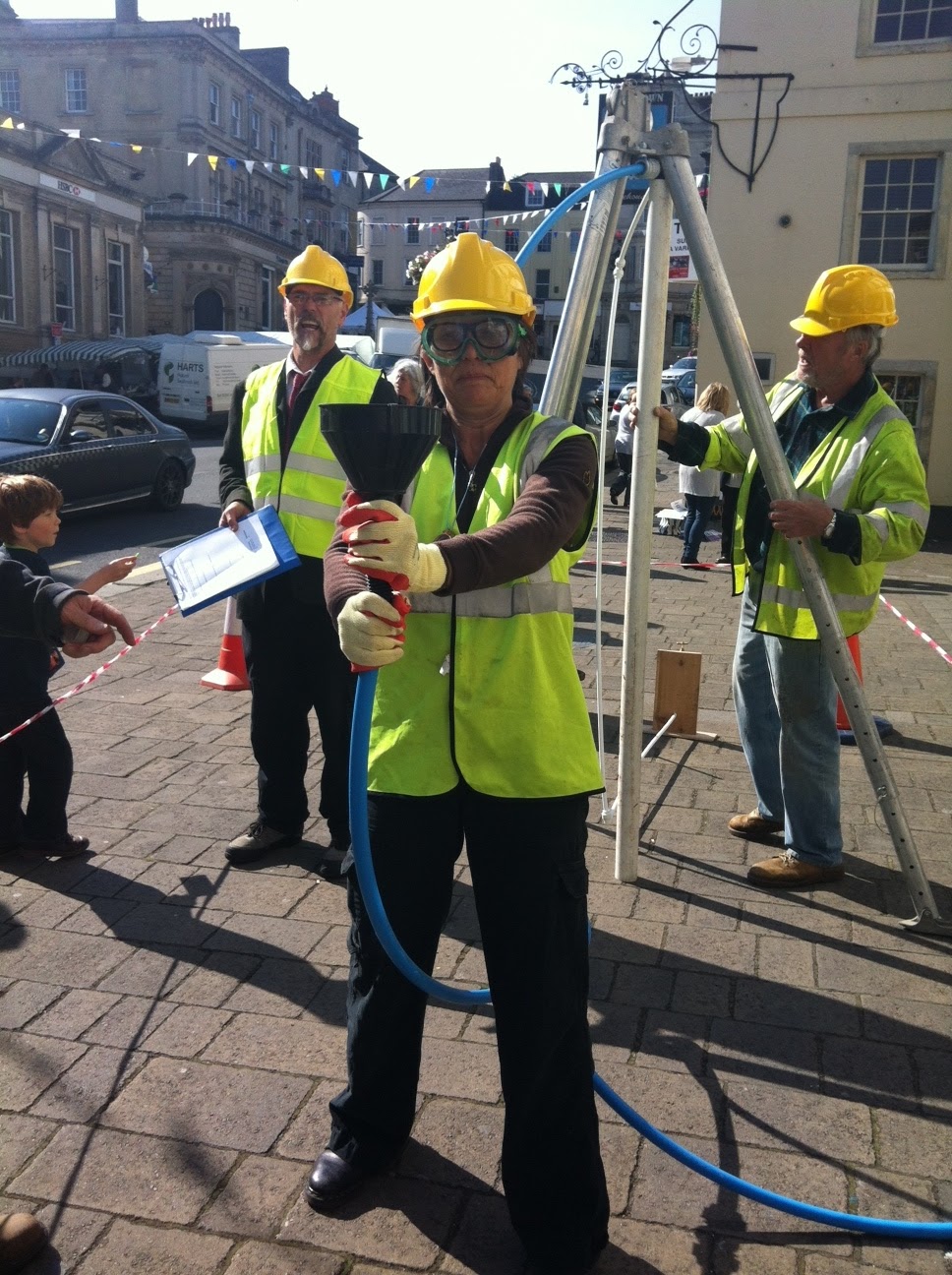 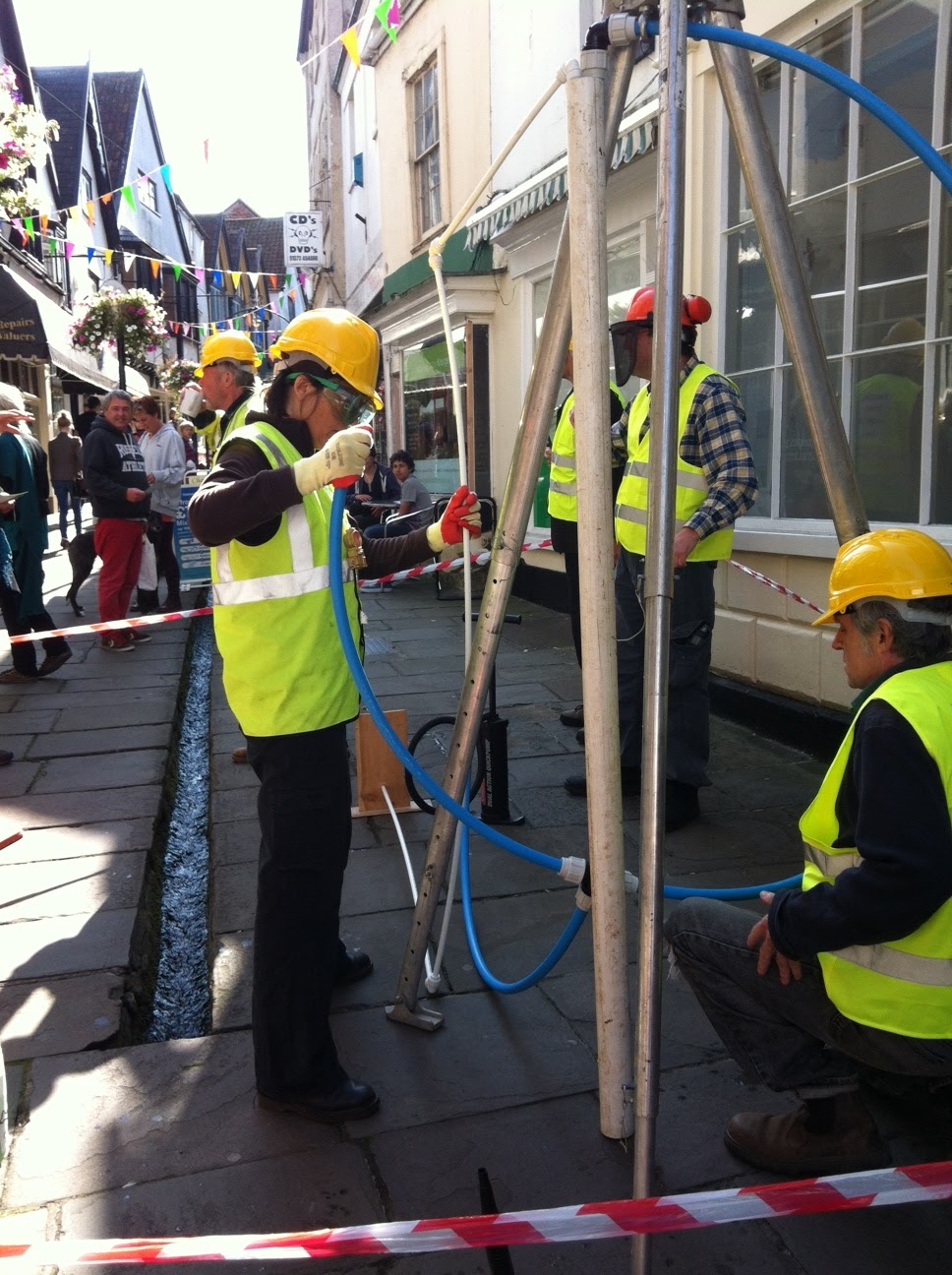 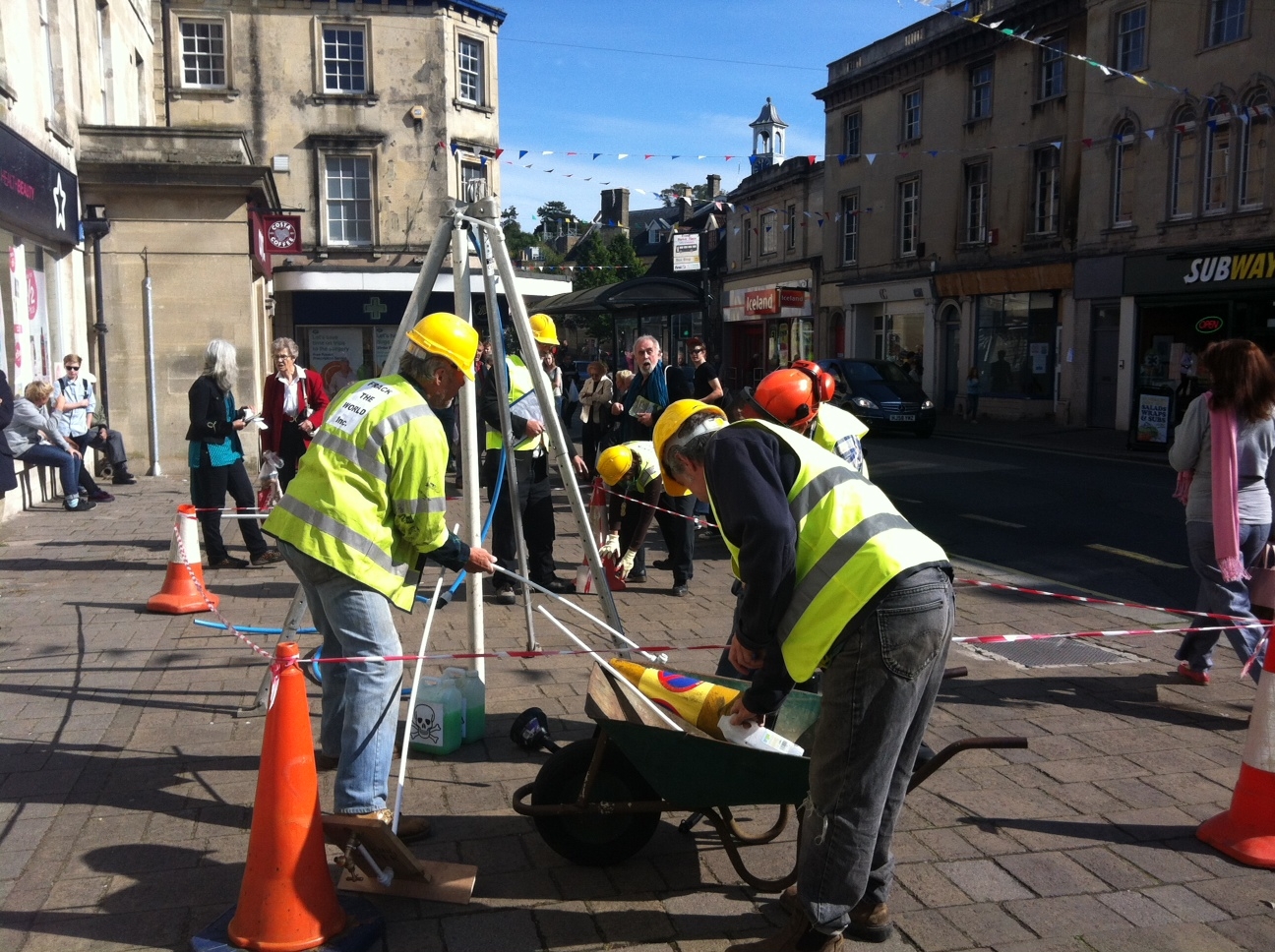 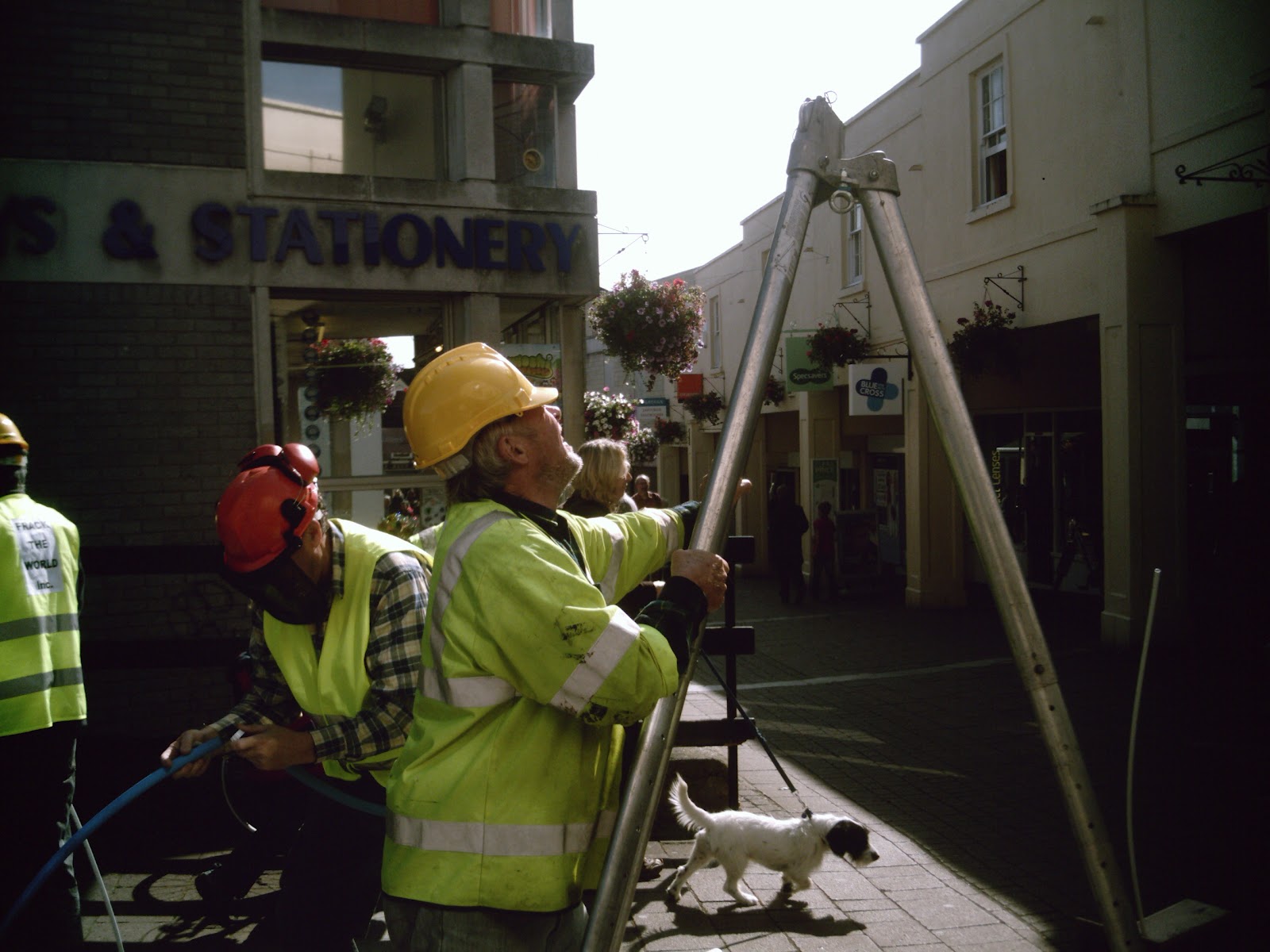 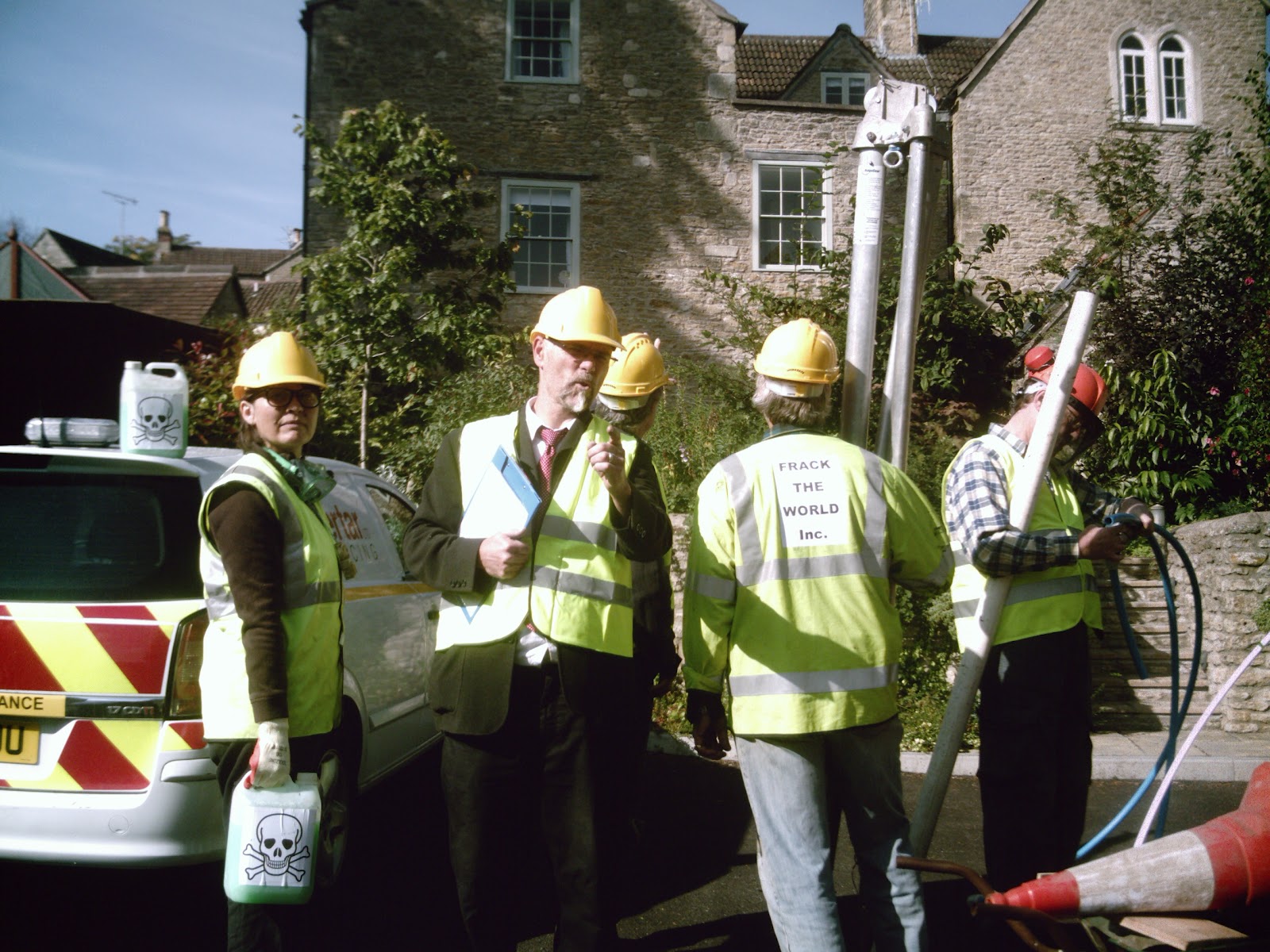