Frack Free Greater Manchester have announced a rally and march against fracking, assembling in Manchester Piccadilly Gardens from 12PM on Sunday 9th March 2014.

The route of the planned march and a list of speakers will be announced nearer to the time.

With the protest camp at Barton Moss under threat of eviction, and daily protests continuing against Igas’s exploratory drilling site, FFGM hope this will be the largest mobilization against fracking yet seen in this country.

Martin Porter of FFGM said “Barton Moss is the latest skirmish in a global insurgency against what is the last stand of the fossil fuel dinosaurs. France and Bulgaria have already said no. Fracking is unnecessary, unwanted and unsafe and we call on the people of Britain to come to Manchester to say that we don’t want it here.” 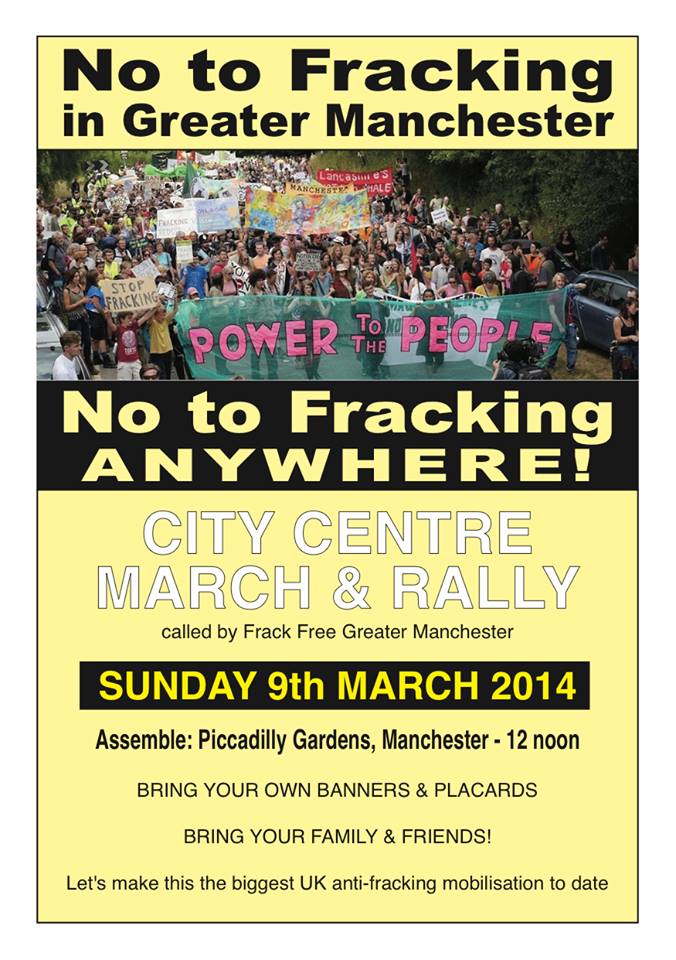